Imaani House offers temporary accommodation for single women aged 16-34 who are homeless or at risk of becoming homeless.

There are 10 furnished rooms with en-suite shower rooms, spacious communal TV lounge and communal kitchen. All rooms are fully furnished to a high standard, including the provision of bed linen. The building is secured and offers free WiFi. There are also 4 self-contained ‘move-on’ flats, and 4 rooms in 2 shared houses.

Support is offered based on individually-assessed needs. Residents are encouraged to take control of their lives, increase their confidence and self-esteem, and make informed choices about their future.

All residents who are not already engaged in some form of training, education or employment are actively encouraged to do so. Staff provide information and advice, and work in partnership with local colleges and training agencies to assist residents in making choices about their education.

Residents usually stay for up to 3 months; this can be extended in exceptional circumstances.

Staff are on-site as follows:

There is an out of hours emergency service.

I was born in Congo. My father came to England before I did – he left me there with some other people. I think he brought me over here to do the housework. I came in 2007 but he was very abusive. He didn’t let me go to school, he made me do the cooking and the cleaning, he beat me for on reason. Sometimes he even made me sleep outside. He even destroyed all my Home Office documentation which proved my identity, including my passport. My school called the social worker and by the time I was 15, I was living in a hostel.

I really didn’t like the hostel. It was loud, I felt unsafe, I shared a bathroom with boys. I don’t like being around boys, I don’t trust them after the way my father treated me. It’s ok if I know them, but if I don’t know them I don’t go near them. I asked to be moved to a girls-only hostel, but they didn’t let me. So I started doing her own research, and found Imaani House.

Things were so much better at Imaani – I felt safe for the first time. They helped me sign up to a leisure centre so that I could use the gym, and I started studying. I managed to achieve a qualification in English and Maths, and a Level 3 in Fashion Management at NCN. I’m now studying a foundation degree in Fashion Management, and I want to be a fashion buyer someday. I’m also saving to apply for a British Passport, and I’ve even been reunited with my sister. I left Imaani in 2016 to look for my own place to live. 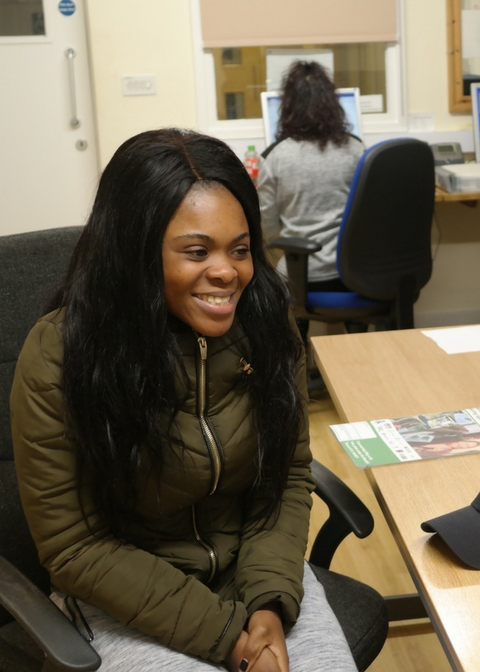